Jerome started his musical journey at age three singing in church with his mother. He took up viola with the school orchestra at age seven and then upright and electric bass at age eleven.

By high school graduation, he had put together an impressive resume as an orchestral student.

He'd played with the finest student orchestras on Long Island, NY, was recognized by NY State as one of its top musicians and excelled in performance on upright bass as well as arranging, composition and conducting.

After high school graduation and joining the service, he was stationed in Japan from 1977-1979 where he played electric bass on club and concert dates with Oy Takahashi, Miyanoue Yoshiaki, Keiji Yoshida and The 9th Of June.

Upon returning to the US at the end of 1979, Jerome arrived in the high desert region of southern California and formed the band Fat Sound Inc.(FSI), a jazz/soul/funk band.

During the early 1980's, FSI played many shows throughout the Southern California area, as well as performing several shows for the USO through the courtesy of the Hollywood, California USO director Jim Balla.

Jerome later moved to Los Angeles in 1985 and to its busy music scene.

After Urban Artillery released the EP "Racism Is Ignorance" in 1992, one of its songs, "Racist Town", co-written by Jerome was featured in the 1994 film "Floundering" starring James LeGros. The song was also released on the Caroline Records soundtrack for the film.

Moving to Europe in 1995, Jerome went to London, England and had great experiences performing shows and tracking recordings with Meru, and guitarist Rob Hinton's r&b/jazz group "Run For Cover", and DJ Jez.

Later in 1995, he moved to Amsterdam, The Netherlands where he found an abundance of activity in the local music scene.

As well as working several club venues as an audio technician, Jerome also taught electric bass at the International School Of Amsterdam, located in Amstelveen, for three years. He started his own group, "Jerome Lee City" in 1997 and fronted the group for more than six years, traveling all over Holland.

The group also did festivals in Germany and performed three tours of Sardinia Island, Italy during the years 1998, 1999, and once again in 2008.

Jerome then produced and released his own solo CD titled "Life This Time" in 2003.

Returning to the States in 2003, Jerome arrived in New York and recorded music with Tom and Trish Chappell, resulting in the 2006 release of "Something Good"(tritom Records) by TN'T.

That CD went on to become a top ten pick of 2006 in the Nu-Soul category at Soul Patrol.com.  He has continued working with Tom and Trish and recorded several bass tracks on their 2014 CD release titled "Don't Let Go"(tritom Records).

Asked to return for another tour, Jerome did return to perform a third tour of Sardinia, Italy and Amsterdam, The Netherlands with his band "Jerome Lee City" in 2008.

Jerome has also reunited with his friend Anne Freeman in 2012 and recorded the bass tracks for the 2013 self-titled release called "Ghost Embrace"(HyperThreat Publishing).

Jerome is currently in Las Vegas, Nevada and has played a solo bass guitar show for Acoustic Routes, a local singer/songwriter organization. He has also performed a solo bass guitar set as well as a group performance with guitarist John Goforth on Las Vegas' Entertainers and Songwriters Showcase, airing on cable TV station KTUD25 (UPN now the CW Network).

Performing as solo bassist in Las Vegas, Jerome has included bookings in the arts district at The Box Office for the city’s First Friday celebrations in 2011 and 2012. Performing with some of the Las Vegas local artists has included shows and events at venues and properties such as the Venetian, the Las Vegas Hilton (now the Westgate Resort), and the Artisan Hotel.


Jerome has continued to write, record, mix, and master his own material. He also worked with music artists from long distance since 2007 by recording electric bass parts in his home studio for their own projects, using the Internet as a way to help them complete their projects in a professional manner.

Working as a voiceover artist since 2017, Jerome has placed his voiceover work with the IGOT Global Health Non-profit, eBay, and more.

On his own as a recording artist, Jerome has released several singles - "The Suits" (2015), "Song For My Family" (2016), "October's Groove" (2018),  "First Peace After The Rain" (2019), and
"New Amsterdam Groove" (2021). On January 8, 2021 "First Peace After The Rain" was selected as a Top 10 Single of 2020 by The Ark of Music Reviews. "First Peace After The Rain" was also selected by World National Indie Radio WNIR for airplay inclusion in their 'Spring Up' radio special as well as their 'Radio OktoberFest' special that aired in all 50 U.S. states and 19 countries worldwide during May and October of 2021.  "New Amsterdam Groove" was selected and featured on WNIR Radio's 'Sizzling Songs of the Summer' special during June of 2022. US41 Radio has now added "New Amsterdam Groove" to their playist on Matt Mangas' 'US41 Mornings' show beginning July 2022. 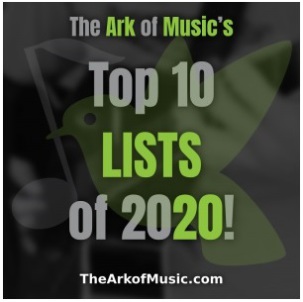 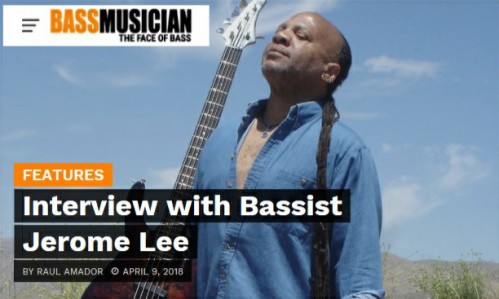 How We Save Limbs & Lives: IGOT Full Program Overview from IGOT | Global Health Non-Profit on Vimeo. 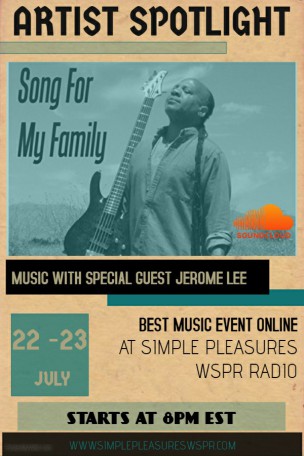